My character and animation are both humanoid, they work fine at first with each other.

Then I import the clip with no warnings and errors, and directly export it. But now when I use it on the character the position (root position?) changed.

Do you have any ideas on how to solve it? Thanks

I checked the previous posts and saw the Umotion's having the character animated in the zero position.

Is the animation already different when you import the animation into UMotion? You can compare the imported animation in UMotion with the original animation by duplicating your character (while not assigned to UMotion). Assign the original animation to the duplicated character and open the animation with Unity's Animation Window (dock the Animation Window so that it is visible while using UMotion). Then assign the second character to the UMotion Pose Editor. In the UMotion Clip Editor click on "Sync --> Animation Window --> No Offset". Now you can drag the frame cursor around previewing both animations at the same time. The animations should be at the same place.
If not, then this might be a different flavor of this issue: https://support.soxware.com/communities/1/topics/455-import-animation-issue#comment-537

Please post or send me a screenshot showing the differences and please send me a *.unitypackage that includes your character (without textures if you want) and the related animation so that I can reproduce an fix this. You can send it to me via the email support form (or request a link to my Dropbox if file size exceeds the limit).

If the above does not show any differences, then you might want to check if the root motion settings of the exported *.anim file are causing your difference (compare them with the original animation, try playing with the settings to see how they change root motion): 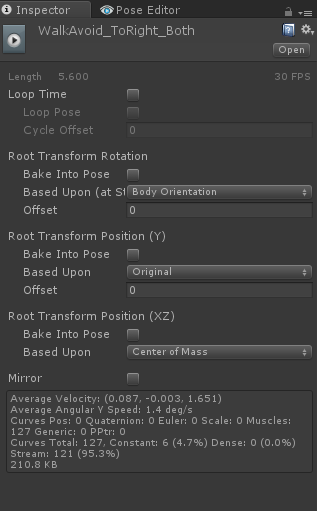 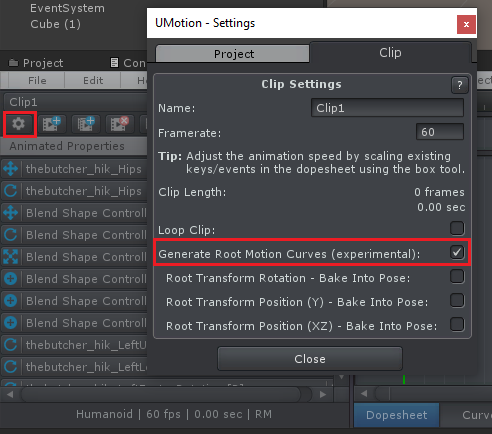